We were due for a trip to Chitown. After last year’s event, I decided to make the trip again. This time I had Mark and Jeremey make the drive with me.

Offset Kings is an event by Fatlace which showcases unique rides at their shows all over the world. They’ve collaborated with GridLife,  another automotive event which includes track battles. This year’s event featured the best of both worlds. A big event like this required a bigger location so this year, the venue was at Autobahn Country Club, a prestigious race track in Joliet, IL. To become a member I believe they require a one time membership fee of $35,000 in addition to their annual fee of $5,000.

Our 12 hour journey started in the afternoon. Jeremey and I met up at my office. My Evo was packed 4 wheels for the track, tools, gas cans and other things. We distributed my stuff between our cars to lighten my load. We then headed up to our friend’s house to wait for Mark and be on our way. As soon as he arrived, we started our agonizing drive to the mid-west.

I had to stop frequently to re-fuel because my Evo was running on E85. Prior to this trip, I spent hours calculating my fuel consumption, researching fuel stations along the way and finding the best route to our destination. Our first stop was at a gas station right outside of Pittsburgh, PA. We haven’t eaten so we took the opportunity to eat some Banh Mi Sandwiches that Mark and Dianne brought for us (thanks Dianne!).

A few shots at the rest stop. Jeremey showing off his new livery done by Brandon Fugitt Designs on his BMW. My E85 jugs just chilling in the car. 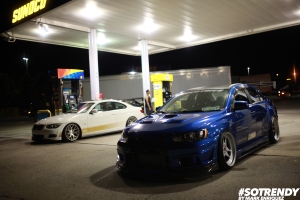 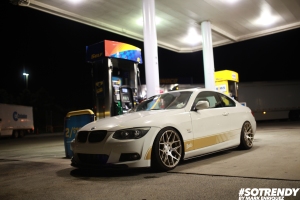 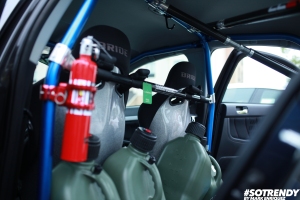 After a long 12 hours later, we finally arrived at our hotel, located 30 minutes outside Chicago in a town called Joliet. I personally liked the area because they had multiple E85 stations although they could do better with food options. Autobahn Country Club was also just 15 minutes away from our hotel. We were lucky to get an early check-in so we were able to unpack early, grabbed brunch and took our long nap. Since it was my birthday, I wanted to take a trip to the city and enjoy a nice meal with friends. Our good friend Mike Braeuner from JDM Chicago gave us some suggestions on where to eat. We decided to hit up Pequod’s Pizza, located in the city. According to Mike, they had the best pizza in town – he was right. Since none of us wanted to drive our cars into the city, I went ahead and got us a rental car. We had to drive all the way to Midway Airport to get our car because the companies around us ran out of cars in their inventory. I signed up for a Corolla but drove out with a Camaro..Win!

Some serious discussion while waiting for our table. 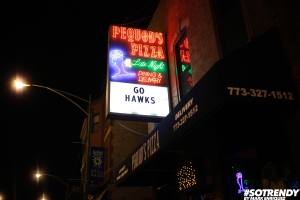 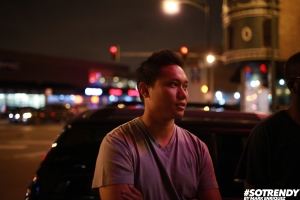 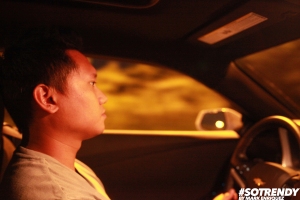 The next morning, I took advantage of the nice weather and swapped out my wheels and pads for the track event the following day. We grabbed a cart and stored the other set of wheels in our hotel room. 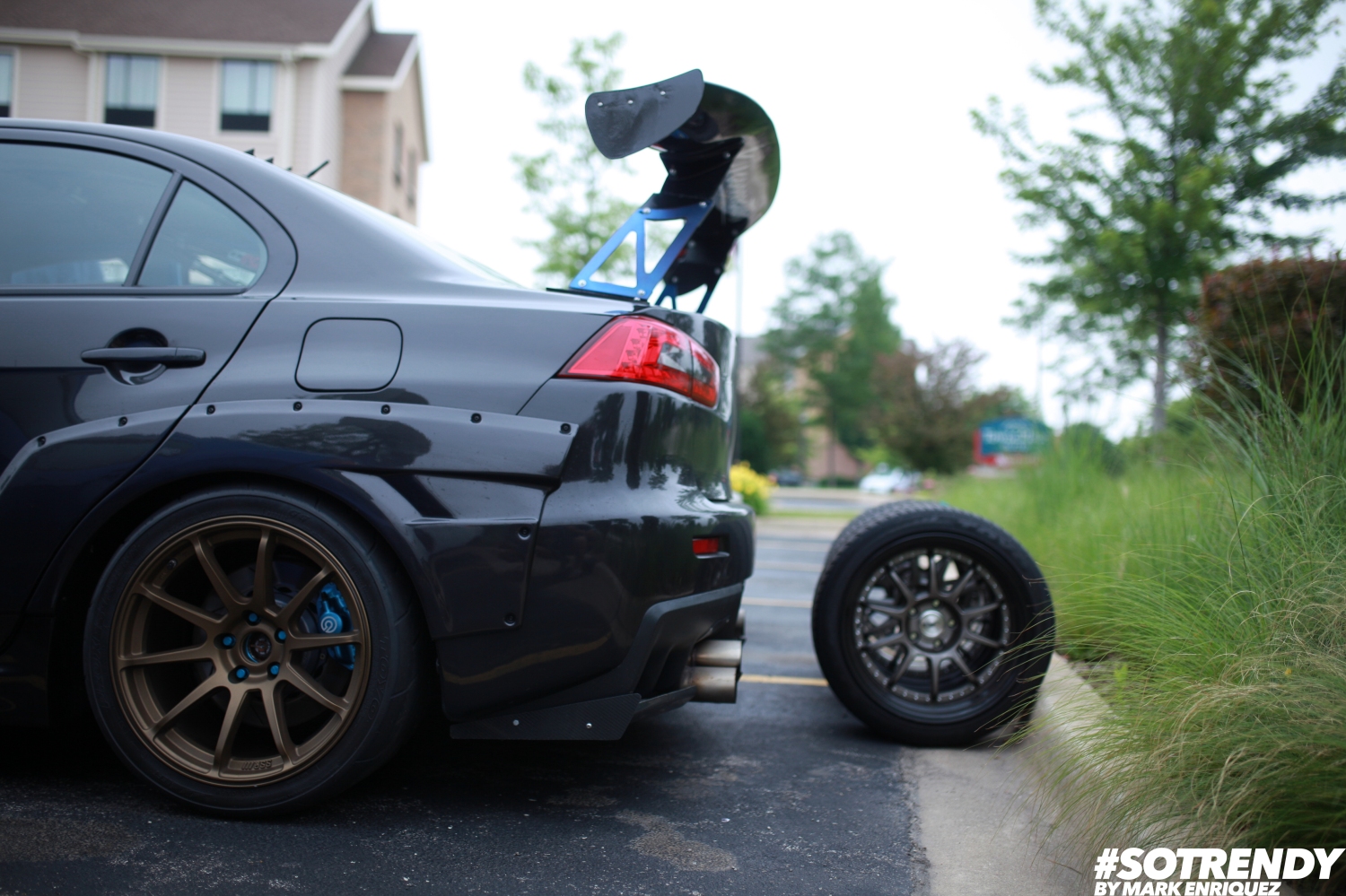 We then decided to explore Chitown. I really liked the architectural designs of the buildings and landmarks. It’s no New York but it has its own feel and vibe. We cruised along Lake Shore Drive and ended up visiting Millennium Park. I’ve always wanted to see the “Cloud”. It started to rain as we were strolling around the park. This had us finding some cover. We ended up at the biggest Macy’s department store. Jeremey and I bought a couple of hoodies (in the summer, I know right?). Those garments were essential in the following days. It was time for lunch so we headed up to the top floor of the department store and found a nice little food court. Rainy days usually calls for ramen and guess what, we got exactly that. 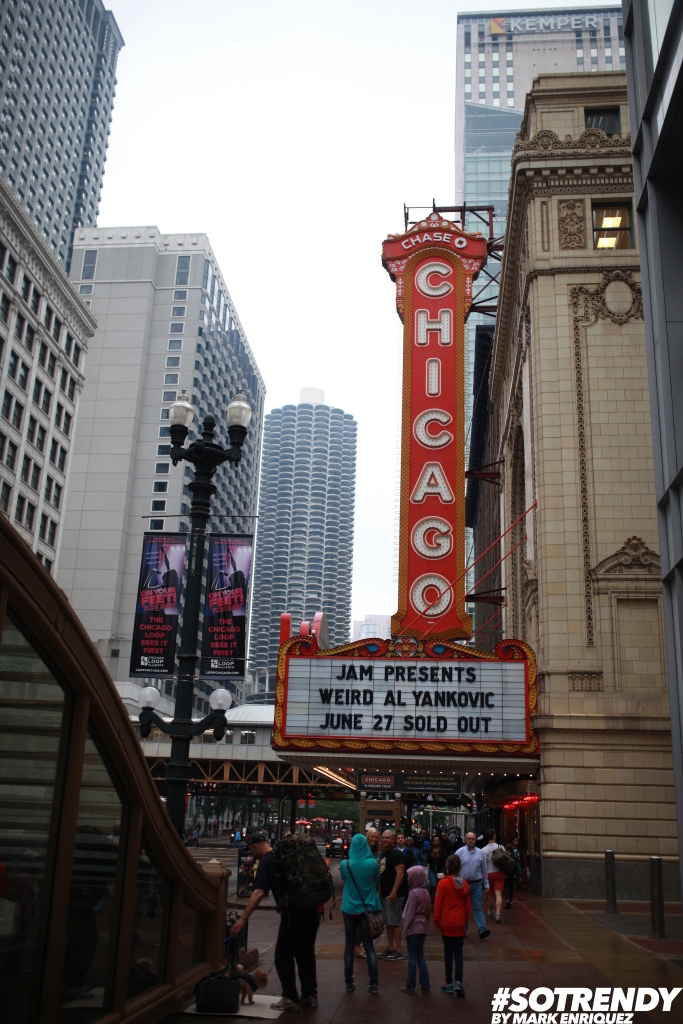 It was getting closer to rush hour traffic so we hit the road early to return the rental car and head to the pre-meet. It drizzled all day and night. We met up with Mike and Ricky, our Evo friends from Chicago. We met up at a gas station and eventually headed out to the meet right down the road. It was a dark, cold and wet night. It was nice to see familiar faces again and meet new ones from the area. 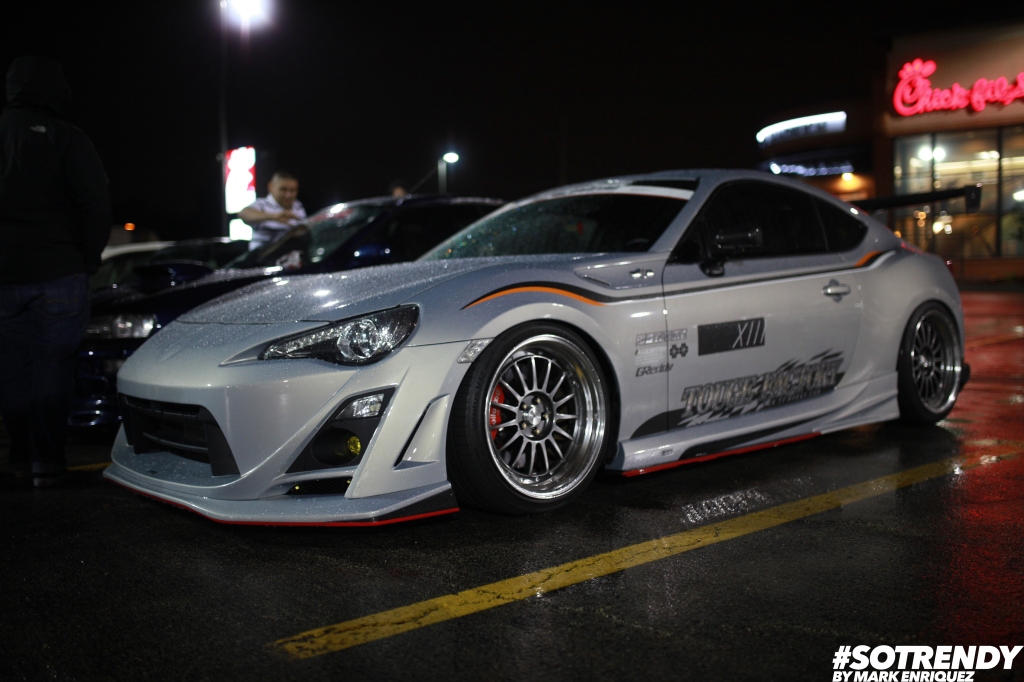 Voltex CT9A we saw in the city earlier. 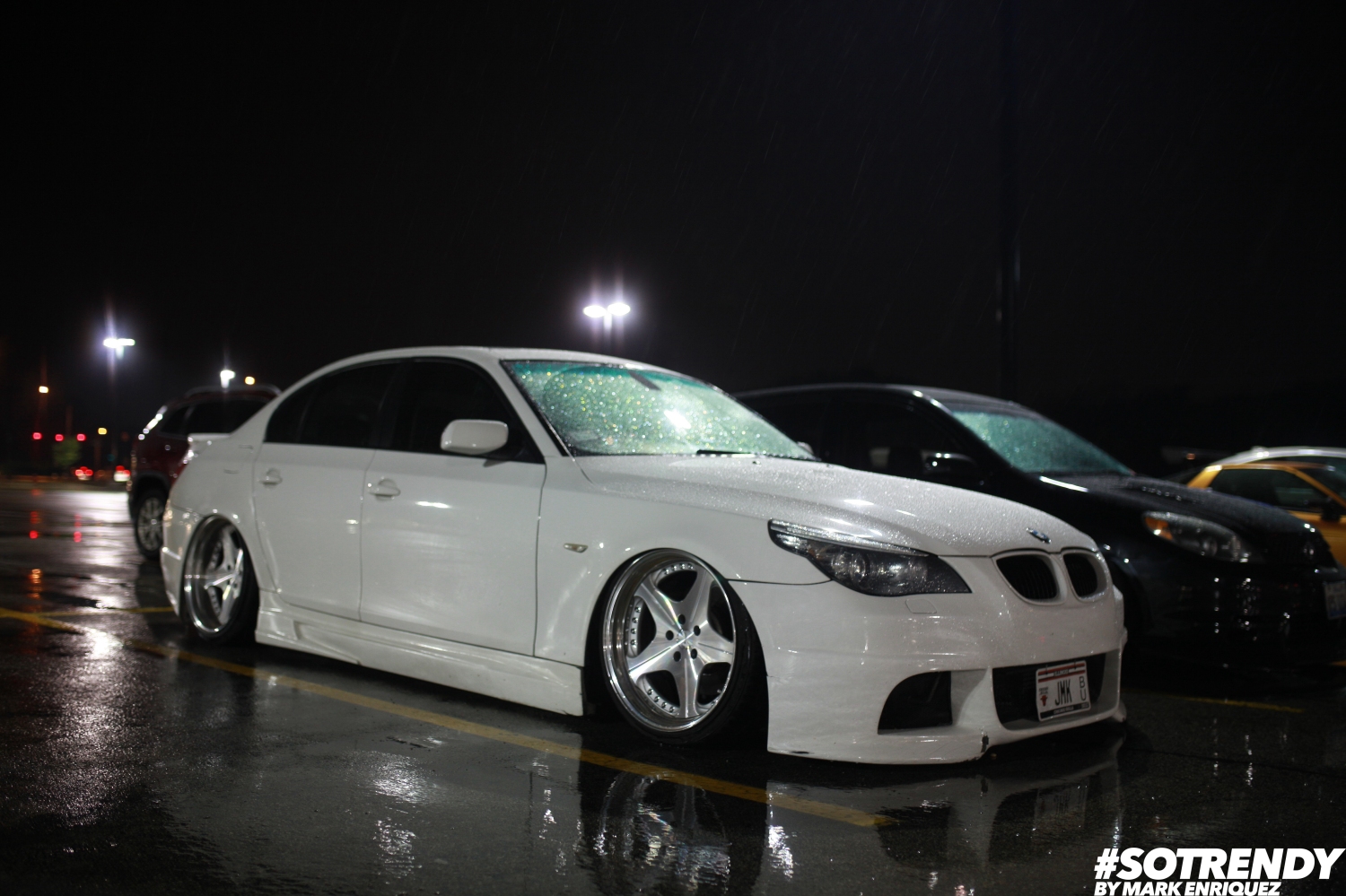 As usual, we needed to eat again so we drove over to Portillo’s, a popular fast food joint known for their Chicago hotdogs and beef. After a good dinner, we drove back to the hotel for some much needed sleep. We had to re-charge for the long day ahead of us. Part 2 coming soon! 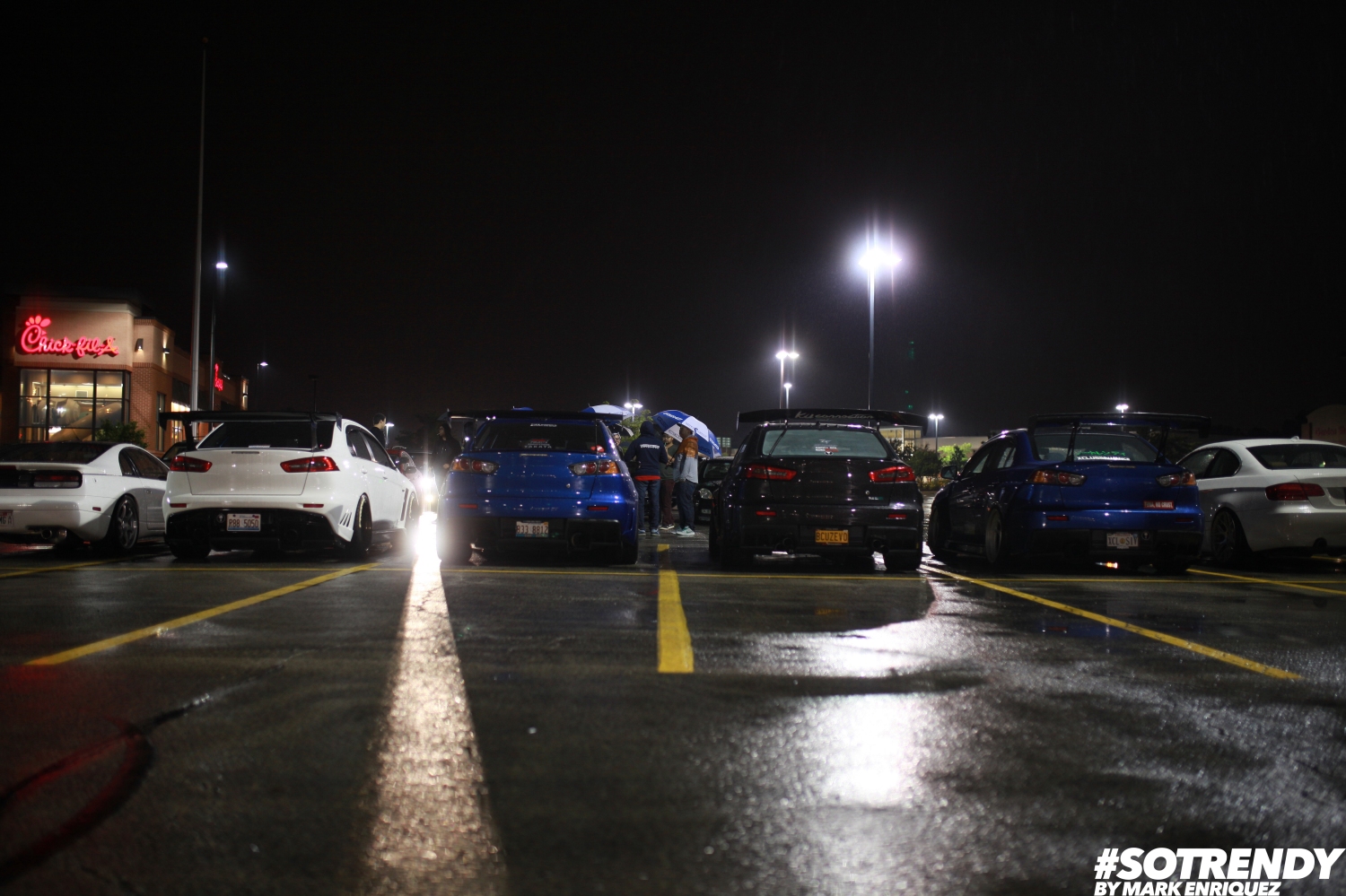